Working Out the General Plan

To make a diorama for models, it is necessary to plan it properly. This refers to a small sketch of the finished scene, and it is also important to estimate the appropriate scale of the structure. When selecting it, you need to keep in mind that large size means the high cost of models and materials used for building. It also implies a lot of work. For example, if you take a 1:72 scale, the outlines of the faces and small details in the characters’ closet will remain indistinguishable, so they don’t have to be carefully worked out. Size 1:35, on the other hand, involves a painstaking drawing of all the details.

Before you start making a diorama, you need to think about what the action will be. For example, the image of the T-34 tank on a pedestal cannot be called a plot, but the process of pulling the fighting machine out of the swamp will be very intriguing. It is important to think in advance about the theme of the future diorama. Do not forget that it is not a picture, so it should be clearly visible from any side. It is necessary to think through the main accents of the plot and action, which will be located in all directions. For models it is acceptable to choose a comparable scale, that is, 1:72 and 1:76. This method is considered the most convenient because sometimes it is difficult to find models of appropriate size. Now it is almost impossible to buy historical aircraft of “railway” and “ground” type, the scale of which is 1:87 and 1:35 respectively. 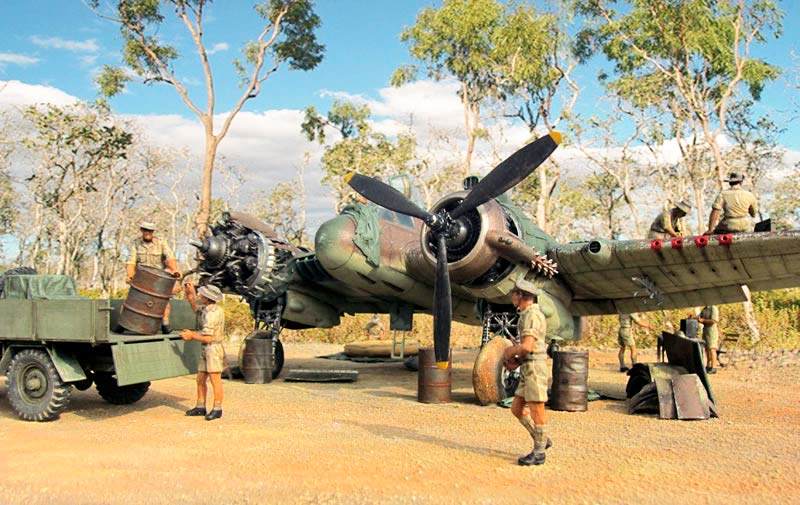 After thoroughly working out the general plan of the diorama, you can move on to the selection of models made of plastic. Usually, they are collected from individual parts. Modern manufacturers offer a huge selection of various characters, so everyone will find something suitable for their diorama.

At the very beginning, you should prepare a stand, which will be the basis of the entire construction and storyline. If it will not be made correctly, it will lead to the deterioration of figures and machinery. In order to make a diorama for the soldiers 40 mm, it is recommended to use a box of slats or multi-layer plywood. It is best to create a heavy base so that in the future the whole structure will not overturn after an awkward movement or cleaning.

How to Make A Diorama from Available Materials

For the construction of individual objects, it is recommended to give preference to extruded polystyrene foam. Such insulation is produced in slabs, the size of which reaches 0.5 m by 1.5 m. Its thickness sometimes reaches 10 cm. You can buy the material not only in a specialized store but also in the construction market.

Pit from The Comet

If we talk about its advantages, then first of all you need to highlight the simplicity of processing. A large slab is easy to cut with an ordinary knife and then go over it with sandpaper. Extruded polystyrene foam can simulate a wall of bricks, a sidewalk with paving stones, and more. One such sheet is enough for a large number of parts. It is recommended to replace the boards with thin veneer, which is easy to find in a construction store.

When it comes to making a diorama, what is most important? The technology of making it? The ability to model human figures? Or maybe it is a good knowledge of history and accumulated factual material? Of course, the higher the skill and more knowledge, the more perfect the diorama. However, it is impossible not to pay tribute to the idea itself. What can be obtained during its implementation in a limited space? 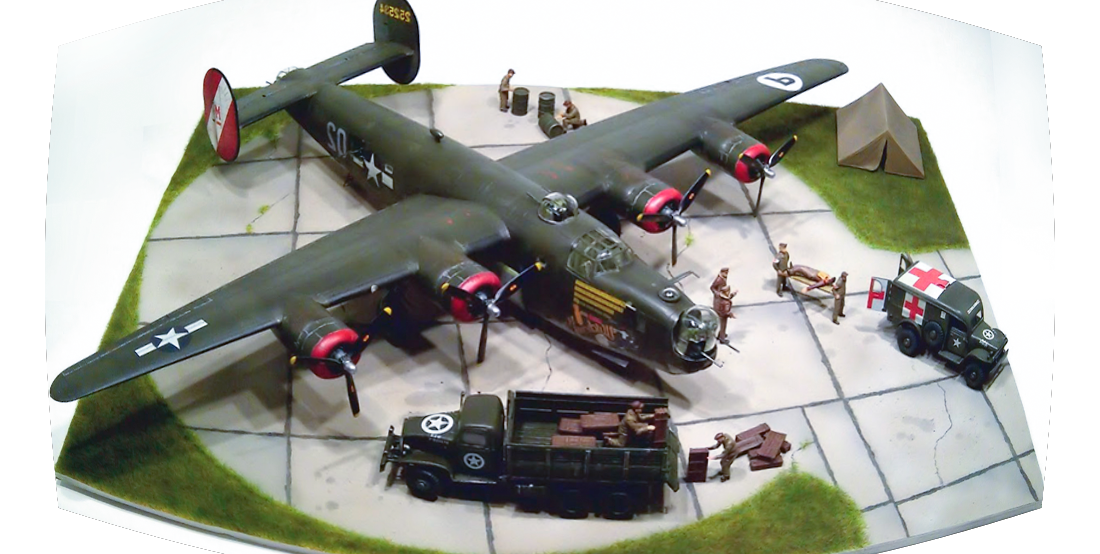 Thus, in the beginning, the image is very vague and unclear, but when it acquires certain features, all kinds of tools and materials are needed for its realization. Only with their help, it is possible to realize the idea and produce real works of art that can surprise. And, of course, one cannot do without researching the era recreated in the models. Only a diorama with its three-dimensional space encapsulates information that cannot be obtained from flat photographs and illustrations.